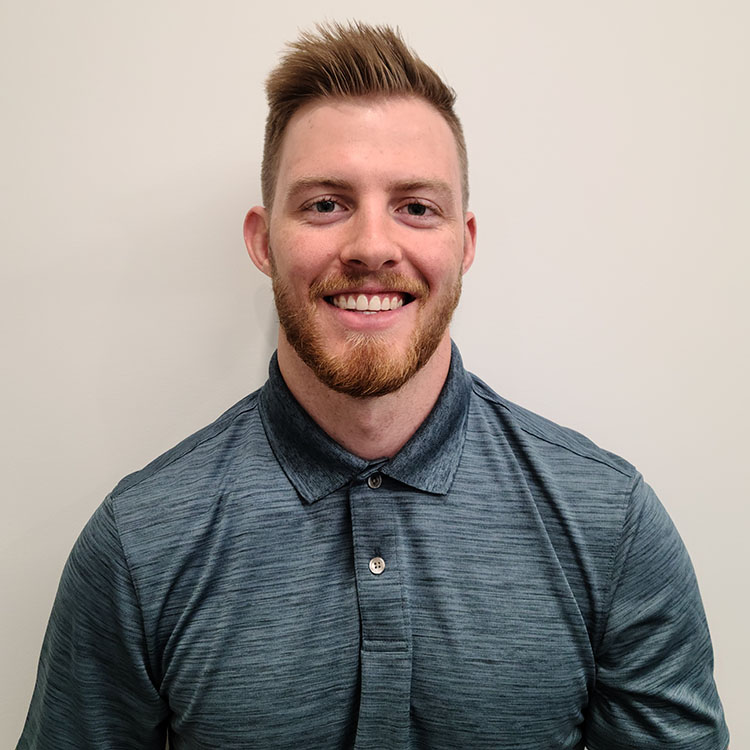 Eric completed an Honours Bachelor of Science degree specializing in Kinesiology at Queen’s University
where he developed a strong interest in strength and conditioning.

During the internship he worked with over 9 university teams and over 350 athletes, ultimately
culminating in being the lead for the Men's Rugby team in his last year, where he helped them achieve
an OUA gold medal. During an academic exchange in Scotland, Eric spent some time with the strength
and conditioning staff with the Glasgow Warriors, a professional rugby team that competes in the
Guinness Pro14 league.

While with the Warriors he gained an interest in the value of being part of an integrated support team
that supports athletes by combining different areas of expertise with the common goal of helping the
individual in their care to perform and feel their best. Eric strives to apply the same framework to
provide optimal training and support for clients at The Armoury, where he can work with other clinicians
to promote streamlined, evidence-based training.

Eric has experience working with children ages 10-16 and enjoys finding ways to help them stay healthy
and active, all while promoting their personal growth as athletes and individuals. Individualizing training
plans that reflect their training age and not just their chronological age, as well as analyzing sport
specific key performance indicators (KPIs) and injuries allows Eric to program for the individuals more
effectively to help them increase their performance while minimizing the risk of injury as much as
possible.

Aside from his involvement in sports, Eric has played the cello for 17 years, with highlights including
winning a provincial gold medal as a soloist and travelling internationally with youth ensembles. As a
musician he understands the rigorous practice regimen that successful musicians employ, and their
ability to hone in and focus on intricate details to get the most out of their instruments. He applies these
same concepts in his coaching to help individuals and teams achieve their potential and maximize their
outcomes based on their strengths and weaknesses and the resources at their disposal.
Eric monitors performance metrics frequently and collects targeted information to monitor athlete’s
fatigue, and in doing so has a better idea of their readiness and preparedness for training and
competition. Exercise testing is also incorporated on a less frequent but consistent basis to track training
progress and re-assess priorities between training blocks. Data collected is used to inform future training
and can be examined retrospectively to see the progress that an athlete has made while working with
Eric at The Armoury.
Whether you are a young athlete hoping to get an edge in your sport, an adult looking to get more
active and achieve personal goals, or a professional looking to minimize your risk of injury and improve
your performance in your craft, Eric looks forward to working with you.

Call the front desk at The Armoury today to inquire about an initial session with Eric!